Warning: Use of undefined constant ddsg_language - assumed 'ddsg_language' (this will throw an Error in a future version of PHP) in /home/c8server/public_html/freddieandsebbie.com/wp-content/plugins/dd-sitemap-gen/dd-sitemap-gen.php on line 44 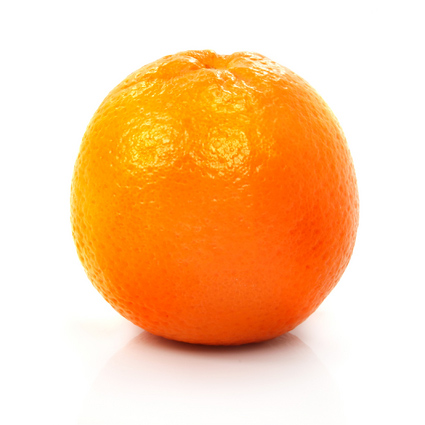 An orange—specifically, the sweet orange—is the citrus Citrus ×sinensis (syn. Citrus aurantium L. var. dulcis L., or Citrus aurantium Risso) and its fruit. The orange is a hybrid of ancient cultivated origin, possibly between pomelo (Citrus maxima) and tangerine (Citrus reticulata). It is a small flowering tree growing to about 10 m tall with evergreen leaves, which are arranged alternately, of ovate shape with crenulate margins and 4–10 cm long. The orange fruit is a hesperidium, a type of berry.

Oranges originated in Southeast Asia. The fruit of Citrus sinensis is called sweet orange to distinguish it from Citrus aurantium, the bitter orange. The name is thought to ultimately derive from the Dravidian and Telugu word for the orange tree, with its final form developing after passing through numerous intermediate languages.

In a number of languages, it is known as a "Chinese apple" (e.g. Dutch Sinaasappel, "China's apple", or "Apfelsine" in German).